For more on Oracle application consolidation and upgrades

Find tips and news in our Oracle application upgrade guide

Learn about the EBS R12 upgrade of one nutritional supplement company

Subaru of America Inc. has consolidated its applications by about 25% by moving to a smaller core group of Oracle and Siebel apps, cutting down on duplication, licensing and support costs, and reducing its server hardware footprint.

The Oracle application consolidation project, which has been ongoing for the last five years, has won Subaru Chief Information Officer Brian Simmermon a leadership award from the Society for Information Management. It included streamlining various versions of Oracle E-Business Suite, consolidating its Siebel call center operations so employees wouldn’t have to sort through a dozen different systems to assist a customer during a call, and a standard server hardware refresh. The results: 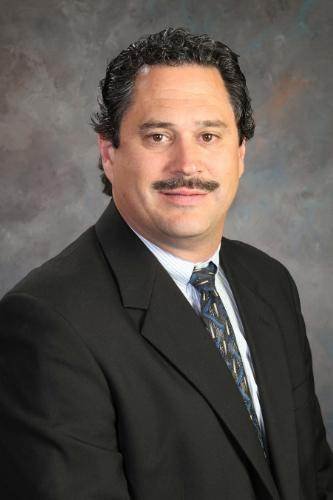 Simmermon didn’t provide a detailed breakdown of the cost savings in the Oracle application consolidation. But the bottom line, he said, is that his IT budget has actually gone down in the last five years. Though the company spent money on new Sun Sparc server hardware and on the Oracle and Siebel applications, it has saved enough through the consolidation to offset that. The savings came in software licensing and support from reduced applications, power costs from running fewer servers, and people costs by directing staff toward business-oriented projects instead of patching holes in old, tired applications.

“Over the last three or four years we’ve really focused on the IT mantra of simplification, flexibility and cost effectiveness,” Simmermon said. “The fewer the apps, the more flexible you can be to the business.”

Simmermon said one of the main goals of the project was streamlining Subaru's Oracle E-Business Suite (EBS) applications.

“We had two standalone EBS ERP environments running on two different versions of the software, and we consolidated that into one,” he said. “That was a major improvement to supportability. One of them was an old version, 10.7.”

That sort of situation – having different versions of the same software in different company divisions – was a common occurrence when Simmermon first started as Subaru CIO back in 2005. Simmermon called it the “pillar format.”

“When a customer would call into the call center, a rep may have had to touch on 14 different systems to actually find the data about you,” Simmermon said.

So over the last three to four years, Subaru has been rolling out Siebel. As of late last year, Siebel was rolled out across 95% of the call center.

The difference? Now a customer service rep only has two systems to deal with instead of more than a dozen.

Over the last three or four years we’ve really focused on the IT mantra of simplification, flexibility and cost effectiveness. The fewer the apps, the more flexible you can be to the business.

“So now we have a fully functional CRM system” that is integrated with its marketing software, Simmermon said. “We’re doing targeting mailings, and communicating to you hopefully at the right time for the right product.”

The difficulties and challenges of upgrading Oracle applications

Simmermon said that the most difficult part of the application consolidation by far has been internal. Convincing not only senior management but the rank and file that this move was good for the business was a challenge.

He said the key was to start off by proving that IT could provide value to the business. He did that early on by going after what he called the “low hanging fruit” and implementing systems that could add value quickly. One of those early successes came in transportation management. Subaru was running an old logistics software package that wasn’t pulling its weight. Simmermon bought Oracle’s Transportation Management application, which quickly allowed employees to see where each car was every step of the way.

Once Simmermon convinced key executives that consolidation was the way to go, it was just a matter of working it from the top down.

“You have to get everyone, including the people in the trenches, to accept where you’re going,” he said. “We started from the top and worked our way down and offered training and education each step of the way. The people in the call center, they realize that their job is a lot easier now. They want to help the customer, not fumble around in the systems.”

Mark Fontecchio can be reached at mfontecchio@techtarget.com.