This chapter shows you how to work with column returns from Oracle queries and how to join tables into multiple table result sets. Result sets are like tables because they’re two-dimensional data sets. Read on to learn highlights as to why that’s important, how to alleviate your querying pain points, and other important tricks of the trade.

A SELECT statement (query) reads differently from how it acts. In English, a query selects something from a table, or a set of tables, where certain conditions are true or untrue. Translating that English sentence into programming instructions is the beauty and complexity of SQL. Although English seems straightforward, queries work in a different event order. The event order also changes with different types of queries.

Queries can be divided into three basic types:

You can return column values or expressions in the SELECT list. Column values are straightforward, because they’re the values in a column. Expressions aren’t quite that simple. Expressions are the results from calculations. Some calculations involve columns and string literal values, such as concatenated results (strings joined together to make a big string), parsed results (substrings), or the mathematical result of the columns, literal values, and function returns. Mathematical results can be calculated on numeric or date data types and returned as function results from several built-in functions in both databases.

This excerpt from Oracle Database 11g & MySQL 5.6 Developer Handbook by Michael McLaughlin is reprinted here with permission from Oracle Press, copyright 2012. Download a PDF of the full chapter.

You can also be selective in your SELECT list, which means you can perform if-then-else logic in any column. The selectivity determines the resulting value in the final result set. Result sets are also formally called aggregate results because they’ve been assembled by SELECT statements.
Here’s the basic prototype for a SELECT list:

You can return three things as an element in the SELECT list: a column value from a table or view, a literal value, and an expression. The column value is easy to understand, because it’s the value from the column—but what is its data type? A column returns the value in its native data type when you call the query from a procedural programming language, such as C, C#, C++, Java, PL/SQL, or SQL/PSM, or as a subquery. Subqueries are queries within queries and are covered in the “Subqueries” section later in this chapter. A column returns a string when you call the query from SQL*Plus or MySQL Monitor, and it is written to a console or a file. Literal values must have a column alias when you want to reuse the value in a procedural program or as a subquery result, and in those cases the values must be a string or number. Expressions are more difficult because they’re the result of processing operations, such as concatenation or calculation, or they return results from built-in or user-defined functions.

The next three examples show you how the types of queries work. All examples use queries from a single table to let you focus on the differences between types.

Queries that Return Columns or Results from Columns

Figure 11-1 shows how a query returns a result set of column values in the SELECT list. You can see how the elements are labeled and processed and the figure helps you visualize table aliases, column aliases, basic comparison operations, and the basic order of clauses within the SELECT statement.

Figure 11-1 also demonstrates table and column aliases. The table alias is generally unnecessary when writing a query against a single table. It is useful and necessary when you want to avoid typing complete table names to disambiguate column names that are the same in two or more tables. Because the FROM clause is read first, all references to the item table are mapped to i in the rest of the query. This means that a reference to item.item_title would not be found.

TIP
The AS keyword is optional when setting column aliases but ensures clarity that an alias follows it. Consistent use increases typing but decreases support costs.

Column aliases shorten the item_title and item_rating column names to title and rating, respectively. Aliases let you use shorter or more descriptive words for columns in a specific use case. Sometimes the shorter words aren’t appropriate as column names because they’re too general, such as title. The AS keyword is optional in both Oracle and MySQL databases, but I recommend that you use it, because the clarity can simplify maintenance of queries. Just note that AS works only with column aliases and would create a statement parsing error if you tried to use it before a table alias.

In our example, we can modify the SELECT list to return an expression by concatenating a string literal of “MPAA:” (Motion Picture Association of America) to the item_rating column.

Concatenating strings is like gluing them together to form a big string. It would look like this in Oracle using a piped concatenation:

The CONCAT built-in function returns a string by concatenating the call parameters sequentially. Notice that literals and column values are equal call parameters to the function. Both of these would return results like these:

In another context, you can perform mathematical operations and string formatting. The following SELECT list retrieves a transaction_date and a transaction_amount column from the transaction table:

The output is left-aligned, which means it’s formatted as a number, because strings are displayed as right-aligned.

The equivalent formatting function in MySQL is the FORMAT function, which performs like this:

Two specialized operators let you limit the number of rows returned by a query. Oracle supports a ROWNUM pseudo column and MySQL supports the LIMIT function. You use ROWNUM in Oracle to retrieve only the top five rows, like this:

Here’s the LIMIT function in MySQL:

These are handy tools when you’ve presorted the data and know where to cut off the return set. When you forget to sort, the results generally don’t fit what you’re looking for.

The data set in the table determines whether the query returns unique or non-unique data—that is, there could be multiple rows with an item_title of “Star Wars: A New Hope,” and they would be returned because they match the criteria in the WHERE clause. You can use the DISTINCT operator to suppress duplicates without altering the logic of the WHERE clause (see Figure 11-2). 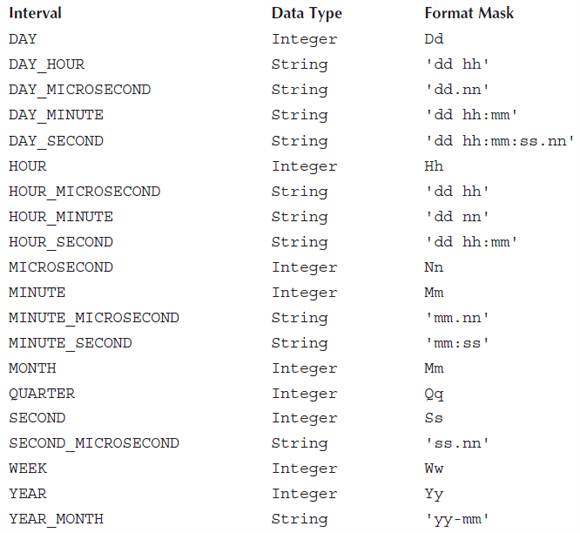 There is no difference between Oracle and MySQL when using the DISTINCT operator, which sorts the set to return a unique set—one copy of every row. Other than an incremental sort and disposal of duplicate rows, the query in Figure 11-2 performs more or less the same steps as the query shown in Figure 11-1.

Dig Deeper on Oracle and SQL