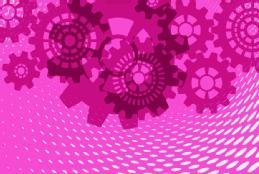 Ready or not, Oracle Database 19c is here -- the second annual update of the database software under a revised release schedule meant to give users faster access to new features. Oracle 19c is the third and final version in a series that began with 12c Release 2 in 2016 and continued with 18c in early 2018. Better stability is its primary goal, but that doesn't mean it lacks added functionality.

A lack of application support is a potential hang-up for would-be 19c users, though. That's the case with 18c even now, according to Tim Hall, a database administrator and developer who runs an Oracle-related website. "I hope vendors get their act together to provide support for these new versions more quickly," Hall wrote in a January 2019 blog. "That includes Oracle, too."

To help prepare for 19c deployment, this handbook examines the new release. First, Dontcheff and other consultants discuss the key Oracle Database 19c new features and what to consider before upgrading. The next two articles take a closer look at the enhancements and what they mean for users.

Oracle Database 19c is the last update to the 12c Release 2 line of Oracle's database software. This handbook examines its new features and potential reasons to upgrade.

Database administrator Brian Peasland lists some of the new and updated features coming in Oracle Database 19c that he thinks will be beneficial to Oracle users.

With Oracle Database 19c, Oracle is aiming to boost the stability of its flagship software's latest generation. But 19c also offers DBAs a variety of added features.