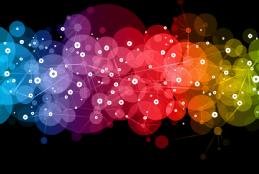 Databases in the cloud drive changes for users and vendors

In the not-so-old days, Oracle and Microsoft comfortably ruled the database roost, with IBM third in the pecking order. Things aren't quite as relaxed now. NoSQL databases have added new challengers to contend with, but the growing use of cloud-based database software is putting the status quo under more pressure.

In a 2016 survey conducted by Forrester Research, 28% of the 1,285 respondents said their organizations were using database-as-a-service platforms -- a figure that the consulting company predicts will double by 2021. In addition, after initially being confined mostly to small and midsize deployments, cloud services are now being used to support databases in "hundreds of large enterprises," Forrester analyst Noel Yuhanna wrote in an April 2017 report.

Why the increasing interest? Cloud database services managed by vendors "abstract away many of the operational challenges" faced by IT teams, Yuhanna wrote. Running databases in the cloud can also provide easier scalability and potentially reduce costs, he added.

Amazon Web Services got a head start by offering a combination of homegrown databases and ones from Oracle, Microsoft and other vendors on its cloud platform. Microsoft was quick to respond with its own database services on the Azure cloud; Oracle took longer to get going and is now trying to make up for lost time with its Oracle Database Cloud Service.

Forrester ranks the three companies in that order on the strength of their cloud-based database software offerings. Christopher Foot, a vice president at database administration services provider RDX, did the same in a December 2016 blog post, but he noted that Oracle "has launched an all-out offensive to challenge both Amazon and Microsoft," and he didn't discount its ability to catch up.

This handbook looks more deeply at cloud databases and what Oracle and Microsoft are doing to preserve their database places.

Databases in the cloud drive changes for users and vendors

The increasing adoption of cloud database services has captured the attention of Oracle and Microsoft as they try to hold their spots at the top of the database market.

Using cloud databases is now more a matter of when than if at many companies. There's also the question of how, as Microsoft, Oracle and AWS square off against one another.

Oracle continues to take the cloud fight to AWS and other more-established rivals as it expands support for running web-scale and enterprise applications on its databases and IaaS platform.

How to choose the right SQL Server on Azure deployment option

There are two options for deploying SQL Server on the Azure cloud. Here's a look at how they differ to help you choose between using Azure SQL Database and running SQL Server on an Azure VM.